Question 1 – What does God say about human life, including life in the womb?
8 Topics | 1 Quiz
How does the Bible define life?
What does God value most in all the world?
How do we know that God values human life more than all else in this world?
What value does Genesis 1:26-27 place on every human being?
What are some of the implications of human life created in the image of God?
What is God’s attitude then towards procreation, children, and family?
When does human life begin? Is the unborn a human being?
Does science teach the same thing that the Bible says, that human life begins at conception?
Question 1 Quiz
Question 2 – What does God say about the shedding of innocent blood, including abortion?
13 Topics | 1 Quiz
God protects human life in different ways. But the primary way God protects human life is through his moral law.
God enforces his law with the warning of wrath and judgment on those who shed innocent blood.
God brings wrath and judgment on those who are indifferent to murder (tacitly approve of it).
God separates himself from the blood-guilty, ignoring their prayers until they are prayers of repentance.
God warns even the visible Christian community of judgment for shedding innocent blood.
God comforts the victims of unjust violence with the promise of just judgment against their violators.
Does God look at abortion as the shedding of innocent blood?
What else does the Bible teach about the value of children?
Among all the ways we murder, child-sacrifice is supremely offensive to God.
God sees child-sacrifice as the violent murder of his own children.
Child-sacrifice is such a preeminent evil, that God calls it an unthinkable abomination.
Is abortion child-sacrifice?
What about physically-forced abortion, as in China?
Question 2 Quiz
Question 3 – How do we bring the grace of the Gospel to the guilt of abortion, so that people are forgiven and set free?
5 Topics | 1 Quiz
What is our only hope?
What keeps people weak and ineffective in their faith toward God?
What must I do to be forgiven and set free from my sins, even from the sin of abortion?
What are we trusting Christ to have accomplished on the cross for us?
If the just wages of sin is death (Rm 6:23), how can God remain just when he forgives us?
Question 3 Quiz
Question 4 – What does God call us to do to stop the shedding of innocent blood and how have others done so?
2 Topics | 1 Quiz
Regarding human life, how can we summarize the ethical demands of the Bible?
What examples do we see of people obeying God’s call to rescue the innocent? How did they do it?
Question 4 Quiz

What examples do we see of people obeying God’s call to rescue the innocent? How did they do it?

The 4 Questions Training Question 4 – What does God call us to do to stop the shedding of innocent blood and how have others done so? What examples do we see of people obeying God’s call to rescue the innocent? How did they do it?

What examples do we see of people obeying God’s call to rescue the innocent? How did they do it?

What to do and say:

(2) Use science (embryology) to answer the question, “What is the unborn? Is it human?”
See Question 1.

(3) Use philosophy to make the case for equal rights for all people.

“There is no morally significant difference between the embryo that you once were and the adult that you are today that would justify killing you at that early stage of development. Differences in size, level of development, environment, and degree of dependency are not relevant such that we can say that you had no rights as an embryo but you do have rights today.” —Stephen Schwartz

But they are so small! True. Embryos are smaller than toddlers, who are smaller than teenagers. The principle of equal rights among all human beings means size is not relevant. Rights do not increase with size. In general, men are larger than women. Does this mean they should have more rights?

But they are in the womb! True. But where you are does not determine what you are. Location is not relevant to the concept of equal rights. You are not less human in your house than on the sidewalk. Nothing happens spiritually or philosophically to a baby simply by moving through the birth canal.

But they are not self-aware! True. Toddlers are less cognitively developed than teenagers. People in surgery are less aware than when awake. But their human rights do not rise and fall with their degree of awareness. Is it morally justifiable to cut their throat while they are in surgery, or is their level of awareness not relevant to their rights?

But they are still dependent! True. All babies, young children, even teenagers are dependent on others. The old and the sick are dependent. Those who are dependent on insulin do not lose their right to life. God says that dependent people are to be cared for, not killed. 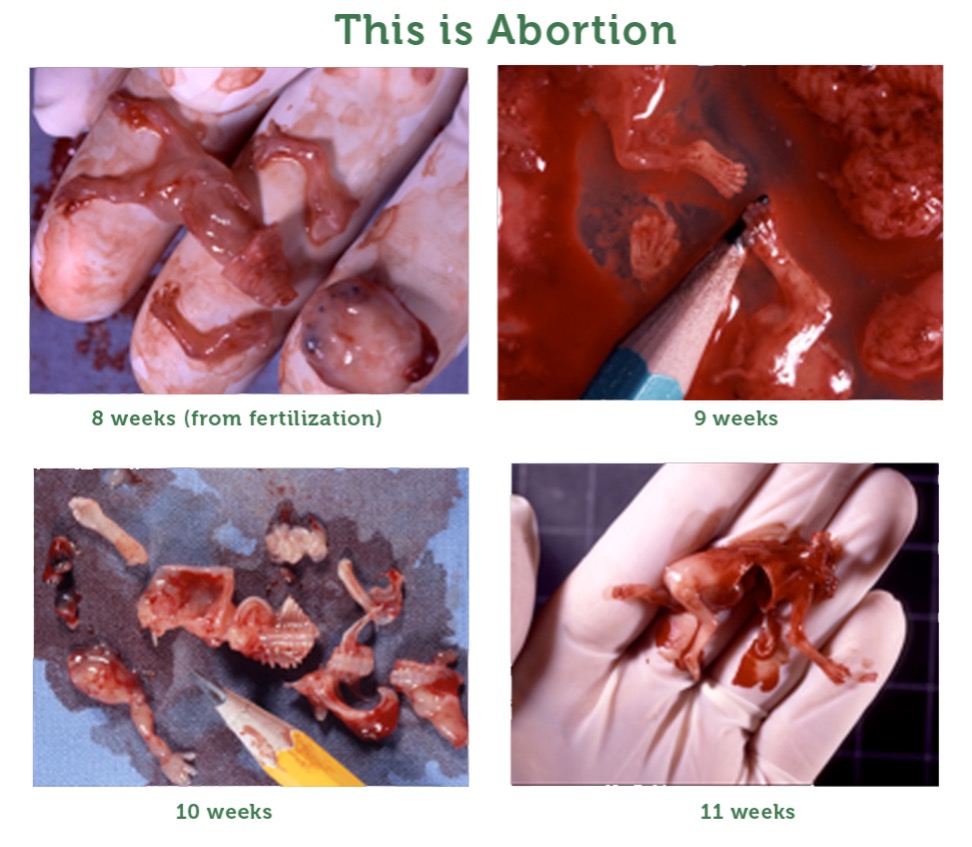 Previous Topic
Back to Lesson