Of Poplars and Petri Dishes 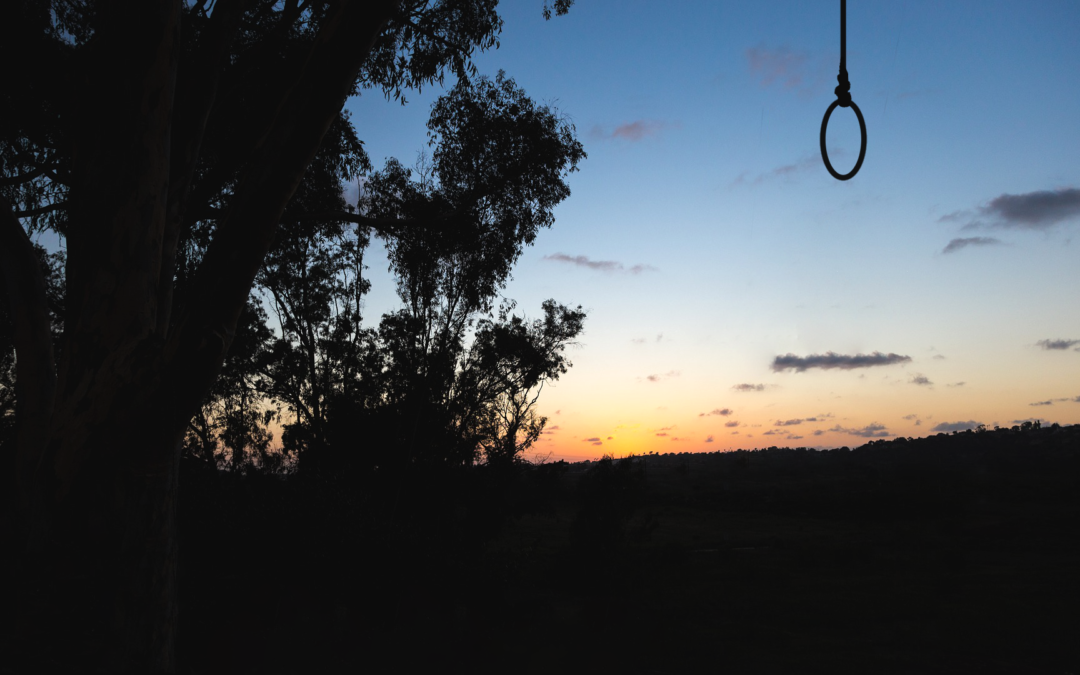 Between 1882 and 1968, nearly 3,500 Black Americans were lynched in the United States. Among them were Thomas Shipp and Abram Smith, murdered in Marion, Indiana on August 7, 1930. The night before, they had been arrested and charged with the armed robbery and murder of a white man and the rape of a white woman. The case was never solved, partly because, with thousands in attendance, the men were hung from a tree in the town square on the night of their arrest.

Studio photographer Lawrence Beitler was there with his camera equipment and captured what has become the iconic image of lynching in America. (For this post, we chose to emphasize from this image the astonishing callousness of the onlookers). The photograph helped inspire the poem and song, “Strange Fruit,” by Abel Meeropol. Billie Holiday sang it with such gripping lamentation that her rendition is now part of the iconic history of civil rights.

Final Judgement
What is God’s response to the lynching of Thomas Shipp and Abram Smith? Whom shall he hold accountable for their lifeblood? I’m not asking who should feel guilty. I’m talking about final judgment. Whom shall he hold liable for this blood-guilt on the Great Day? “For he who avenges blood is mindful of them; he does not forget the cry of the afflicted” (Psalm 9:11).

Surely the handful of men who actually did the hanging—yes, of course. Shipp and Smith were stoned and beaten to death before being strung up. Will you then agree with me that all those who picked up a stone or hit these men with a rake handle are also liable?

At first I thought it was good that Lawrence Beitler captured the horrible moment, no matter how graphic and anguishing it is to look at. Exposing evil, as Ephesians 5:11 says, is necessary and good. Then I learned that Beitler printed up his photo into postcards and sold thousands of them in the weeks that followed—and not as act of protest.

What, then, of the many townspeople who did not actively murder these two men but watched it happen and did nothing to stop it? What guilt do they bear?

What about those thousands of people in towns across the country who bought Beitler’s photo postcard and mailed it to family and friends? What of those who received them and tacked them to their icebox? What guilt do they bear?

What about the many people living in Marion, Indiana who were not there that night? They may not have been in attendance on the town square, but surely many worshiped with attenders on Sunday, or did business with them the following week. What if those people did nothing, said nothing? How far does blood-guilt justly go?

What blood-guilt would I bear had I been a pastor or elder in Marion in 1930? Would God commend me if, in private, I quietly opposed lynching but in public—in in order not to “politicize the pulpit” or “make people feel bad”—I remained silent? What if I had viewed lynching as just one more “social justice issue” among so many others (such as, in our day, poverty or health care)? Would my silence have been acceptable? When sifting my heart, would God find biblical wisdom…or cowardice?

What’s the Difference?
Now the obvious question: what’s the moral difference between lynching and abortion? If it was reprehensible to remain passive on lynching then, how is it not reprehensible to stay silent on abortion today—no matter what other issues we engage—given that both reflect the preeminent injustice of shedding innocent blood?

In the recent Planned Parenthood video exposé (#4), the clinic worker looks into a petri dish and says, “It’s another boy!” How unthinkable. How perverse. Like the horrific mystery of strange fruit on the poplar trees, why are boys and girls lying dead in petri dishes?

This article was first published on Cruciformpress.com.