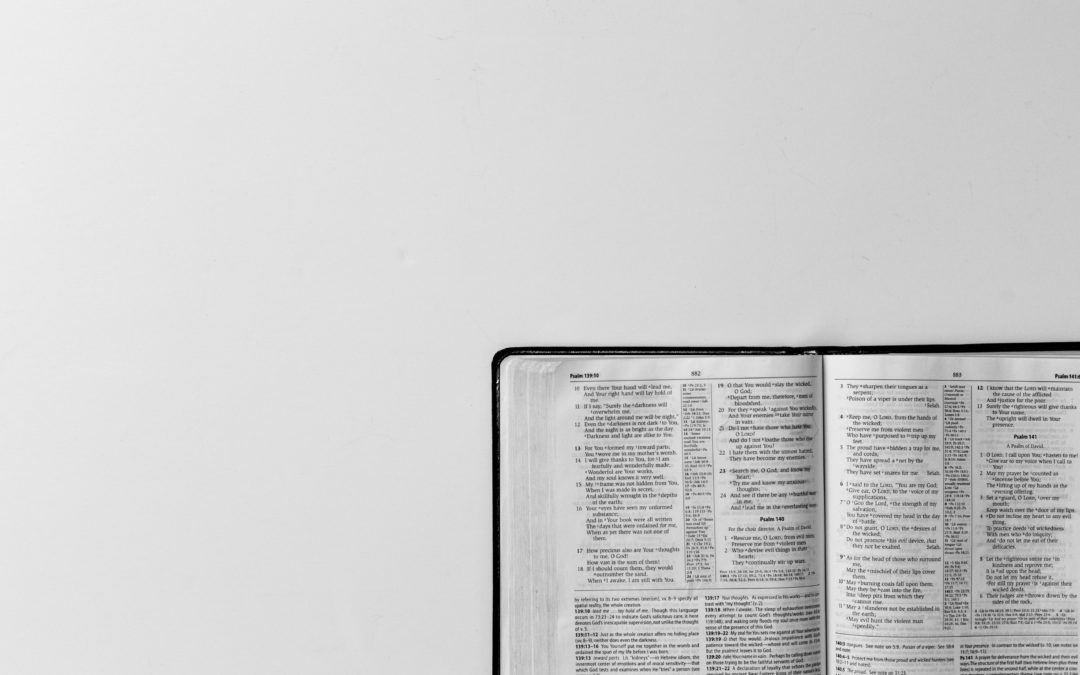 What’s in the Book?
On the occasion of Pope Francis’ arrival in the U.S. last summer, Whoopi Goldberg raised the question of abortion and the Bible. While many Americans do not acknowledge the Bible as an authoritative source, many of us do. And you can be sure that if the Bible affirmed abortion in any way, it would be quoted by secularists quite often. So the matter of what the Bible says about abortion is important.

Whoopi stated on The View, “Well, there’s nothing in the Book that says anything about abortion.” And I agree! If she means that nowhere in the Bible can you find the word “abortion,” she’s right on the money.

In saying this, she is echoing how a number of Christian clergy give their blessing to elective abortion. For example, Tom Davis, former Professor of Religion at Skidmore College, founding member of the Clergy Consultation Service on Abortion, and author of Sacred Work: Planned Parenthood and Its Clergy Alliances, recently affirmed his position, saying “There is no law against abortion in the Bible… So when you don’t have a specific guidance on something, you look at what is the most human thing to do in a situation, what is most helpful and sometimes abortion is indicated.”

Interesting logic. Come to think of it, the Bible has “no law against” domestic violence, gay-bashing, lynching, or genocide, either. Are we to conclude, then, that in the absence of “specific guidance” these could be “sometimes indicated” as “the most human thing to do”?

Of course not. Both Whoopi and Tom Davis would instantly and rightly reject that claim. They would likely observe, for example, that the Bible clearly condemns domestic violence and gay-bashing by condemning cruelty. Very true. Similarly, because lynching describes a particularly heinous way of murdering an innocent person, and genocide describes an attempt to eradicate an entire people, the Bible condemns both by condemning the unjust killing of human beings.

Innocent Blood
Typically, the Bible refers to such unjust killing as the shedding of “innocent blood,” a phrase that appears more than 20 times in Scripture. These are lives that are innocent, not in the sense of being sinless, but simply “innocent until proven guilty” before the law.

No one makes movies about people who, as witnesses of the ongoing slaughter of other human beings, bravely decide to not get involved. We make movies about those are driven to courageously and compassionately intervene—as Deuteronomy 19:10 puts it—“lest innocent blood be shed.”

Forty-three years after Supreme Court decision Roe vs. Wade, then, abortion still boils down to one question: what are the unborn? If they are human, abortion is the intentional killing of an innocent human being. Together with lynching and genocide, abortion is an affront to a just and loving God, who treasures human life and protects it with his moral law: do not murder.

I stand for life because I acknowledge that the science of embryology teaches us that from the moment of conception each of us is a living, distinct, and whole human being. From conception, we develop from within through the natural stages of maturation. We were never, at any point in our development, a potential human being any more than we were at some point a potential billy goat. We were, and continue to be, human beings with potential.

I stand for equal rights because differences in size, level of development, and degree of dependence are not morally significant to our humanity. Indeed, the premise of equal rights is that all differences between human beings—intelligence, abilities, skin color, age, and many more, are morally insignificant. There is no category of “more or less human.” Legal abortion forces the culture at large to suppress the truth that all human beings are equally and fully human, with the same natural rights.

A little thought experiment might help here. What if we replace abortion with a word that involves a different category of person? Since I am a clergyman like Tom Davis I’ll invent, for our immediate purposes, clergitermination. This absurd mouthful refers to the elective termination of ineffective preachers. If clergitermination were to become a legal practice, would the absence of the word from Scripture suggest to me that I should be OK with it being “sometimes indicated”? Would not I and my fellow clergy raise our voices in protest? If we were forbidden from speaking, would we not hope that you might speak up in our defense? Would you not want me to do the same for you?

The prolife cause is also simple: “Just as you want others to do for you, do the same for them” (Luke 6:31 HCSB) That’s what the Bible says, directly. I am honored to try my best, alongside you, to obey this verse.

This article was first published on Cruciformpress.com.