Does Infanticide Even Exist? 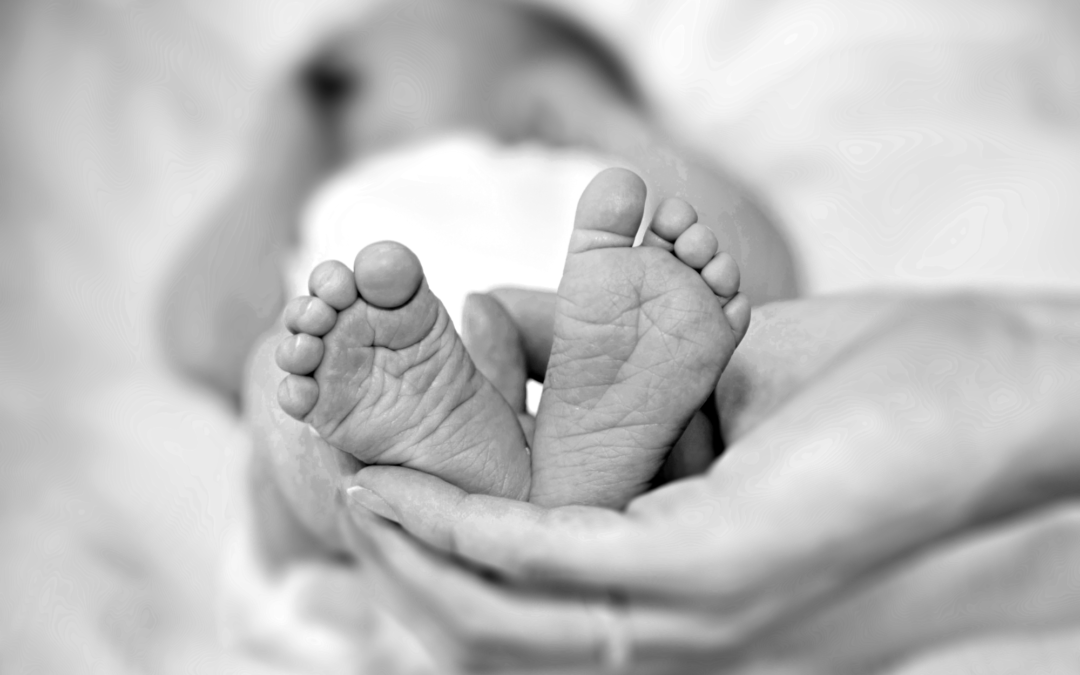 “Does infanticide even exist?” I asked a woman who held a child as it died after a failed abortion.

Two things transpired this month prompting me to reinvestigate the story I first heard twenty years ago, one that penetratingly haunted me.

The first event was that my state (NC) failed to override a gubernatorial veto of a bill that requires medical professionals to provide life-saving care specifically to infants who survive an abortion. At the federal level, the Born-Alive Abortion Survivors Protection Act has now been denied a House vote over 50 times, denounced as a way to criminalize doctors who are simply trying to help women, and unnecessary since laws already exist to protect newborns. Governor Roy Cooper vetoed NC Senate Bill 359, saying that it addressed “a practice that simply does not exist.”

The second was a televised Town Hall during which Democratic Presidential hopeful Kirsten Gillibrand decried the irresponsible role of the Fox News channel in stirring up a “red herring debate” about infanticide. “It doesn’t exist…it doesn’t happen, it’s illegal, it’s not a fact.”

If the issue were so clear cut, there would be no heated, party-line dispute over infanticide. Yes, it’s extreme to envision anyone of any political affiliation actually wanting newborn children to die of exposure or malice in the minutes or hours after birth. But the question is not whether infanticide is desirable. The question is whether or not it happens.

The 2019 political conversation has been replete with anecdotal evidence that lawmakers think it does happen. Laws like the one NY Governor Andrew Cuomo signed in January specifically eliminate protections for abortion survivors. Is that not a cloaked admission that it happens? In a January radio interview, Virginia Governor Ralph Northam, himself a physician, offered comments that garnered perhaps more gasps than any other on the topic of infanticide in 2019.

There is a clear indication here from a physician that these circumstances do occur. But where are the actual stories? Who will provide a testimony of personal experience?

If infanticide exists, it’s unreasonable to assume the doctor will tell the story. A successful late-term abortion procedure is not legally considered infanticide (though it should be). But a botched late-term abortion procedure that leads to an accidental live birth is a travesty on so many levels. The doctor will not brag at the country club of his professional failure and the resulting illegal death. His oath as a physician is to do no harm, to work to the benefit of his patients.

When my friend Jeanne Pernia opened an abortion clinic in Miami Florida in 1978, she told herself that she and her doctors were there to provide the best and most professional care a woman could get as she sought to terminate pregnancy. She staked out the moral high ground, telling herself she was in it to help women. But after almost 4000 abortions, a woman in their clinic lay dying, having underreported the baby’s gestational age on her intake. The wrong abortion procedure was underway and now the two abortion doctors were openly discussing killing the woman to cover up what had happened. So much for providing a compassionate vital service to women in need. And those doctors were not joking about it on the golf course the next week—in this case, they rightly went to jail.

In North Carolina, no requirement exists for the specific reporting of deaths of babies born alive and left to die or be terminated after a failed abortion. So although we do not have firm numbers, the CDC says that in 2013-14 the national number of 143 was probably underreported. And even pro-choice advocacy groups betray the knowledge that infanticide happens by justifying it as something that occurs in a controlled, professional environment. As if this makes it okay.

This Born Alive scenario is something if it happens, it’s happening in a hospital setting.

If infanticide exists, it’s unreasonable to assume the mother will tell the story. Planned Parenthood touts that 97% of all women who have had an abortion report feeling relieved after the procedure. This is reasonable—the woman feels acute fear of being faced with an unwanted or unexpected pregnancy that threatens the future she envisioned, the abortion restores the possibility that future could be realized, and an immediate sensation of relief predominates. Her relief is attached to the termination of the pregnancy, whether or not the abortion goes as planned. It does not mean that she wanted the infant to die. It means she did not want to be pregnant and have to face the complexities of mothering a child. Relief is the often short-lived first feeling.

So if infanticide does exist, who might tell the story of an infant who survived a botched abortion and was intentionally left to die?

Lora, my friend of 26 years, was a chaplain serving a half-year rotation in a prestigious North Carolina hospital while finishing her theological counseling degree by distance learning at Gordon Conwell in 1998. A newly-wed, Lora and her husband lived two blocks from the hospital where she served. Toward the end of that half-year chaplaincy, she was beeped in the middle of the night and summoned to the Labor and Delivery ward, the first time she had ever been asked to come to that particular area of the hospital. Still a bit bleary from having been awakened less than 15 minutes before from deep sleep, she was met by a nurse who looked at her chaplaincy badge and simply said, “follow me.”

She was led down the corridor and unexpectedly made a turn toward a storage closet. As they approached it, a second nurse emerged from the closet and brushed past them. Inside the small room were shelves cluttered with bottles of cleaning supplies and boxes of trash bags. Mops reclined in corners, and along one wall was a stretch of laminate countertop that dropped off into a utilitarian sink.

Lying on that cold countertop, with no blanket or bassinet, lay a perfectly-formed, stark naked baby boy, his arms and legs strewn spread-eagle away from him. On the countertop lay a mortuary tag with his name. Bryan.

(I withhold the rest of his name for confidentiality, though I searched public NC records and found a boy with the full name she disclosed to me recorded as having been born and died on the same day.)

“He was supposed to die in the birth canal, but sometimes this happens,” explained the nurse. She picked him up and thrust him into the arms of my startled friend, who asked if the child was dead or alive. As she cradled the baby, he drew his arms into the familiar fetal position self-hug. The nurse told her that if she put two fingers at a particular spot on the chest, she could still feel the heart beating. Lora positioned her fingers and the weak pulse tapped through.

It was explained to her that the baby had been diagnosed with Down’s Syndrome by amniocentesis. He wasn’t supposed to make it out of the birth canal alive, but when he did, the mother asked if Bryan could be baptized. That’s why Lora had been called in.

With that, the nurse slipped out of the closet and my friend was left alone with the child. She had visited the NICU before and knew what a small baby should look like. His chart said that the baby was 20.5 weeks gestation. At that time any abortion provided after 20 weeks in NC was legally required to be done at a hospital. But she knew this baby was far past 20.5 weeks. She told me she could see a hairline forming over the ears. The skin was not red or

translucent—it looked like the normal skin of a newborn. A 20-week-old baby is smaller than your hand. This one was close to the size of any newborn you would see in the nursery. Tears streamed down Lora’s cheeks as she incredulously blurted to me, “He was chubby!”

For the next eternity of 15 or 20 minutes, she held that baby boy and rocked him, crying, singing, praying over him. From time to time she searched for that heartbeat and felt dazed by overwhelming emotions. She consciously remembers feeling that she wanted to have nothing to do with this, but at the same time she felt that she was standing on holy ground, that death was in the room circling, ready to devour, and she was there in those precious moments in between. There was an eerie honor to holding this child and waiting for the end to arrive. Part of her felt she didn’t have the right to stand in this intensely private and sacred place.

Somewhere along the way Lora had the wherewithal to draw a little water from the sink and place her wet fingers on the baby’s head. With a prayer and blessing, she did as she had been asked.

“When you open your eyes in a few minutes, Jesus will be the first thing you see.”

Emotions raw, there came a point where she said to herself, “Okay. That’s enough. He’s gone.” Anger began to replace bewilderment. She laid the boy’s body back on the table, and the spread-eagle pose now seemed limper than before. Quietly, she exited the room. At the nurses’ station she informed the attendants that it was over, signed a certificate of baptism and sought out the delivery room where the mother was waiting.

The room was dark. Dad was asleep peacefully in a chair. Mom was awake, but looked exhausted, resigned. She hung her head. Lora introduced herself as the hospital chaplain. She handed Mom the baptism certificate and asked if she wanted to see her son. The mother pensively shook her head no, never lifting her eyes. “He’s beautiful. Perfect,” my friend told her. Mom never said a word in response, and with that Lora left the room.

She ran home in the dark, furious and grieved and betrayed. Turning to her Bible for some comforting word, she asked herself what in the world she could do to categorize or make sense or make good of this experience. She split the Bible in the middle and her eyes fell on Psalm 49:20: “Man in his pomp yet without understanding is like the beasts that perish.”

It struck her like a sword. Her heart, apart from the renewing power of the gospel, was not dissimilar to this poor mother’s. Without the restraining mercy of God in her life, she would be but a beast of instinct and self-preservation. While the choice to intentionally take an innocent human life—failed attempt or successful—is morally reprehensible, and though we can unapologetically call abortion wrong, my friend could not condemn.

Before she left that death closet in the delivery ward, Lora prayed that the Lord would place her in the path of women who are considering abortion. She realized that night that unless she took an active role to intervene on behalf of women in crisis, she would be forever complicit, forever vulnerable to the hardness of heart that comes with a posture of superiority. She had been called to a deeper humility and compassion.

In the Luke story, the Priest and the Levite passed by a Hebrew man who had been beaten and left for dead. These men would almost certainly have considered themselves pro-life. They would have likely stood before their congregations to condemn beatings, robbery and murder in the strongest possible terms.

Only the Samaritan, the Hebrew’s cultural enemy, acted in a pro-life way, doing the practical things that stopped a man from dying unjustly.

Yes, infanticide does exist. It is relatively rare and almost always happens under extenuating circumstances. But if we miss the opportunity to rally unequivocally around laws to protect the already born, we lose our footing for defending the rights of the unborn, and all valuable life along the continuum from conception to natural death.

Post-Birth Abortion is the Next Battleground →